Why Start With Why?

Published on February 28, 2014 by Jonathan Hamilton

On September 16th, 2009 Simon Sinek, Author of the bestselling book “Start With Why” walked out onto the “TED” stage in Newcastle, USA. He was about to deliver a speech that would define him as an individual and inspire millions of people. Simon’s talk was stunning with his superbly focused method of delivering his message: don’t start with what or how, start with why. It’s a simple message at its core as the best ideas often are.

For 18 minutes, Simon captivated the TED crowd with examples of how companies like Apple swim against the other fish. While most companies start with a What e.g. “we make computers”, the revolutionaries start with a cause, a purpose, a why. Apple famously kicked off their ipod marketing campaign with the “1000 songs in your pocket” slogan. They were not the first to market (kills that stupid theory dead in the water), neither were they the most technically excellent. Creative were the first company to market with an mp3 player and had the technical advantage. Creative made MP3 players, Apple allowed you to carry 1000 songs in your pocket. It’s a subtle difference. So subtle that most people miss it entirely. The embracing of that subtle advantage has helped make Apple one of the most successful companies of all time.

Great Visionaries Starting With Why 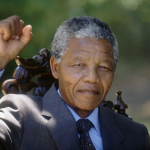 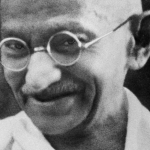 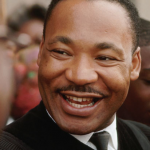 It’s not just companies that can gain an advantage by starting with Why. Visionaries like Martin Luther King, Ghandi and Nelson Mandela all started with Why. They were not goal driven per se, rather they were driven by the cause, the passion, the why. None of those individuals started with the SMART mantra, Specific, Measurable etc etc. Indeed to do so would have been ridiculous. As Simon points out, Martin Luther King gave the “I have a dream” speech, not the “I have a plan” speech. politicians these days are so contrived that they turn their electorate off. If they started with a true why, the success would follow.

Goals, targets and achievements, they are all ubiquitous. Everytime you log on to LinkedIn, YouTube, Twitter or read the newspapers, the virtues of goals are lauded. Goals are very ‘Marmite’, you either love them or hate them. Judging by the massive amount of self-development books and CDs available in support of goals, most fall onto the pro-goals side of the coin. Why is it that we are so determined to map our lives out and to set personal and group targets? Some would say that well structured goal setting has changed their lives and helped them to achieve great success. I would agree that effective goal setting is important. However, I disagree that the overused SMART mantra is necessary. A true goal is in the heart, it is a founded in passion and ignites action. Careful goal choice is vital and is only possible when we temet nosce (know thyself) as famously quoted in The Matrix. Some of the answer has to fall at the feet of results. It is true that individuals perform better when set a challenging target. It is also true that individuals tend to perform better when pushed as part of a group. Peer pressure is, in the right circumstances more effective than a well defined goal. A great example of this is in fitness training. If you take part in a group exercise such as British Military Fitness (BMF) there is no question – you will push yourself harder, much harder than you ever would as an individual. Simon Sinek Author of Start With Why

I am a keen reader of Zenhabits, a top-ten blog by Leo Babauta. Leo is an avid supporter of flow in preference to goals. On first glance the principle of flow does not appeal to me. It seems to be a form of drifting through each day with no particular purpose or cause. Leo would argue that flow is about the journey, not the destination and there, on that point, I think goal-setters would agree. The major difference is lack of target. Chris Williams

, famous goal-setting trainer for Utility Warehouse is not an advocator of flow. He contests that is it ok for Leo to flow since he has already achieved his potential. Others who have not yet achieved success in thier lives need goals to progress according to Chris.

I tend to agree with Chris Williams that generally speaking goals are the most effective way to get where we want to be. But I also contest that making a goal should be about a strong Why. In fact I think if every goal-setter out there threw away thier SMART analyses and just did what Simon Sinek recommends in his fantastic book Start With Why, they would be more successful, faster and ultimately happier. Follow you path, find your Why and, if it involves a financial element, then it could be worth you looking at The Utility Warehouse business opportunity to help you achieve your Why. Email me now for more information:
Send Mail